Natural High is a drug prevention nonprofit that inspires and empowers youth to
find their natural high and develop the skills and courage to live life well. We engage influencers, educators, and peer groups to help young people discover those core activities in their lives that uplift, inspire, and motivate them — to find their ‘Natural High’ rather than use alcohol or drugs.

We provide content and action steps that are easy, fun, and effective. We share materials for free and encourage our community to use us as an ongoing resource with no associated costs. Our curriculum meets Common Core standards. Six basic principles guide everything that we do.

At Natural High, we know that the change we want starts with engaging young people on their terms — through compelling stories told by people who they look to as examples. We are committed to telling these stories and to providing resources so that youth are empowered to make good choices and live life well.

Watch a short video about why Natural High exists. 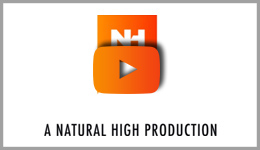 Natural High was founded by entrepreneur Jon Sundt, who lost both of his brothers to drug addiction. After the loss, Jon became determined to turn this experience into positive change and made the decision to spend the rest of his life helping young people make better choices. He realized that simply shifting the way we engage youth could dispel the myth around drugs and alcohol. He began traveling to schools with local influencers and a slide projector at his side, hoping that his story could help save even one life.

Today, Natural High reaches young people around the country. What started in tragedy has now grown into a movement bringing hope and positive results to thousands of families. Two decades of youth are now thriving and choosing their Natural High over drugs and alcohol — all through the power of storytelling and positive exam
ple.

Natural High works to fight youth drug and alcohol abuse through
school, families, and our community. Our important mission is helped
in part by the organizations and students around the country using
Natural High’s curriculum.

“This program is better than any drug use prevention program that I have seen in 32 years of teaching. Thank you!”

“I've been a school counselor for 13 years, and this is the first time I have shown a video that captured every student’s attention... It also captured the attention of the teachers, who had planned on getting paperwork done.”

“It is the best anti-drug message I've seen in 10 years of education. The students respond to the real people's testimonials. They can relate to it, which is imperative.”

“I have been an intermediate school counselor for 27 years and I’m especially impressed with your product. I have shown it school wide for the past two years. Keep up the great work!!!”